Athletes, comedians, musicians and artists use their First Amendment freedoms to challenge the powerful, highlight injustice and draw attention to causes that might not otherwise reach mass audiences.

In 1967, Muhammad Ali refused to be drafted to fight in the Vietnam War because it violated his religious beliefs. His stance nearly ended his boxing career at its peak.

Four years later, the Supreme Court ruled his First Amendment right to religious freedom had been violated when he was convicted of draft dodging. Today, the late heavyweight champion’s reputation as a freedom fighter rivals his legend in the boxing ring.

From Muhammad Ali to Martina Navratilova and Colin Kaepernick, athletes have used the power of petition to seek change. 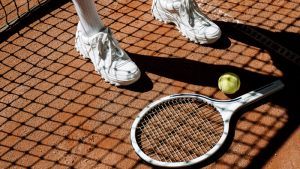 The freedom to petition creates a path for all of us to air our grievances — superstar athlete or not. 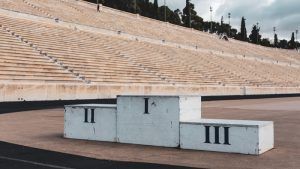 These U.S. Olympic athletes flexed their muscles for freedom. Some paid a price for speaking out. But all led change. 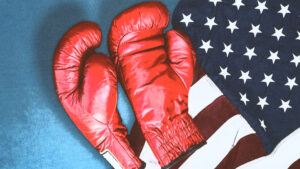 The hero we need: a disruptive, courageous advocate for social justice who used his fame, wit and influence to speak truth to power.

Acts of free expression can have harsh consequences

Exercising the freedoms of religion, speech, press, assembly and petition often comes at a cost. The government cannot stop you from exercising those freedoms, but private employers can punish employees who do so. Public sentiment can be similarly harsh.

American track stars John Carlos and Tommie Smith raised their fists against racism on the medal stand at the 1968 Mexico City Olympics in the first Games to be televised live. They were banished from the stadium for their protest and faced death threats back home.

Free speech comes in many forms, including books, comedy, music, TV, movies, video games and the internet. The First Amendment protects free expression, even when it is considered by some to be offensive or distasteful.

Books have long been the targets of censorship and challenge, from “The Canterbury Tales” and “The Arabian Nights” to the Harry Potter and Goosebumps series. Music also has a long history of drawing government scrutiny, from Elvis Presley’s suggestive gyrations to Eminem’s explicit language. Movies have had First Amendment protection since the 1950s, and more recently, federal courts have extended free speech protection to video games.

Today, content on the internet is often protected as free expression in the United States, alongside books and newspapers.

Play Video
They banned his books. He fought back. Bestselling author Brad Meltzer on how he battled a school book ban.
Play Video
He challenged society's views of family and the American Dream. Pulitzer Prize-winning playwright Edward Albee on writing and censorship.

Comedy and satire, an American tradition

From Mark Twain to Lenny Bruce, Jon Stewart, Samantha Bee and Dave Chappelle, satire and the ability to mock the powerful is as American as the First Amendment. In TV shows from 1960s-era “The Smothers Brothers” to today’s “Saturday Night Live,” comedians have pushed buttons and boundaries as they comment on culture. But free speech and comedy can have consequences. Reporter Maziar Bahari was jailed in Iran – where there is no First Amendment -- after appearing on “The Daily Show with Jon Stewart,” an incident that inspired the movie “Rosewater.” And an “SNL” comedian was fired in 2019 when racist and homophobic jokes he did were revealed. 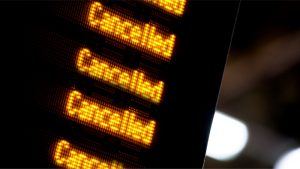 There’s no shortage of passionate opinions about cancel culture – and no real agreement on what “cancelling” means. 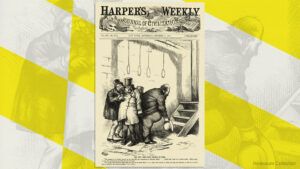 The great American tradition of humor and satire that has marked virtually every election season. 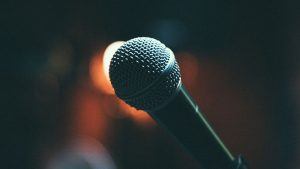 Funny or Not, Speech is Still Free

Debates over controversial comedy push us to revisit our understanding of free speech. 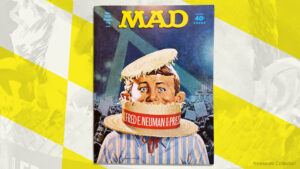 Music as a soundtrack for petition

Gospel to hip-hop, R&B to rock ’n’ roll and rap, music has provided a powerful soundtrack to American life. It’s been there in war and peace, in the struggle for human rights, through tragedy and triumph. Politically, it marches with us in protest, champions the American Dream, supports campaigns and amplifies our voices when we demand change. It embraces those who are different and encourages others to do the same. Music is the voice of “us” — of people around the world who strive to be heard. It reflects our world or calls for it to change. The music speaks for us and with us, and ultimately is louder than words.

Television, movies and mass media are powerful forms of free expression that both reflect and challenge reality.

The movie spoof “Anchorman” mined the cultural shift when women entered local TV newsrooms in the 1970s. Television and movies helped change portrayals of LGBTQ Americans, advancing the cause of equal rights for all.

Other movies tell the story of real-life threats to our essential freedoms, such as “All the President’s Men,” about the reporters who tracked the corruption of the Watergate break-in to the White House. “It was really about how close we came to losing our First Amendment,” said star Robert Redford.