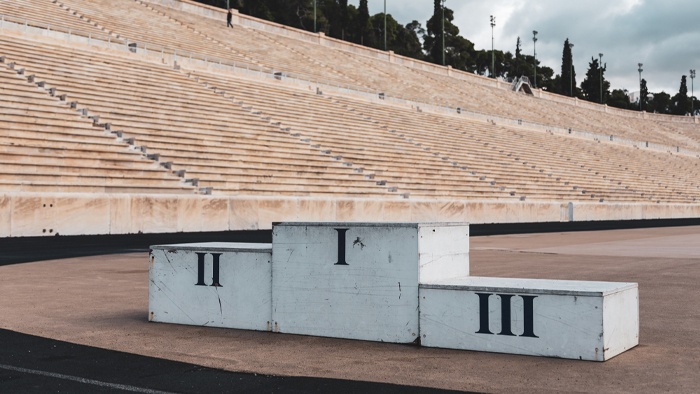 Ahead of the summer Olympic Games in Tokyo, the International Olympic Committee reviewed and loosened its rules about protest on the field of play, but reiterated restrictions on medal podium activism, saying: Don’t.

Athletes throughout history, including at the Olympics, have used their fame to shine a spotlight on injustice or stand up for their beliefs. Whether on the medal stand or in their hometowns, many have faced backlash for defying expected rules of behavior.

These U.S. Olympic athletes flexed their muscles for freedom. Some paid a price for speaking out. But all led change.

One of 22 children, Wilma Rudolph overcame polio to become a track and field star. At 16, she was the youngest member of the 1956 U.S. Olympics track and field team. Four years later, she became the world’s fastest woman by winning the 100 meters at the 1960 Rome Olympics. She also brought home gold for the U.S. in the 200-meter race and as part of the 400-meter relay team, making her the first American woman to earn three gold medals at a single Olympics. She also set Olympic and world records at the games.

An international track sensation at age 20, she returned home to Clarksville, Tenn., during the Jim Crow era. Told there would be a parade in her honor, Rudolph said if the parade was segregated, she wouldn’t attend. Her celebration was Clarksville’s first racially integrated event.

Muhammad Ali was a relatively unknown 18-year-old, then called Cassius Clay, when he earned a gold medal in boxing at the 1960 Olympics. His decisive victories, including over two previous Olympic medalists, earned him fame. He turned professional and by 1967 was the world’s reigning heavyweight boxing champion — and a member of the Nation of Islam.

When Ali refused to be drafted into the U.S. Army during the Vietnam War on religious grounds, he was convicted of draft evasion, sentenced to five years in prison and stripped of his heavyweight title. But Ali counter-punched in the courts and the Supreme Court overturned his conviction for draft evasion, granting him conscientious objector status.

Ali’s stance embodied the First Amendment, challenged Americans’ attitudes about the war and inspired generations of athletes to stand up for their beliefs, even if it meant risking their careers.

Track and field athletes Tommie Smith and John Carlos initially considered boycotting the 1968 Olympics. But they did compete, and their medal-stand protest became a powerful protest moment in Olympic history.

Smith and Carlos were two of the first members of the Olympic Project for Human Rights, a group of predominantly African American athletes and community members that advocated against segregation and racism around the world. They planned an Olympic boycott over issues including the participation of South Africa, whose system of apartheid subjugated the majority Black population, and the stripping of Muhammad Ali’s world boxing title.

One member, Kareem Abdul-Jabbar, chose not to participate in the men’s basketball competition, but Smith and Carlos decided to compete based on the possibility of the Olympics as a platform.

After winning the gold and bronze medals in the 200-meter race, Smith and Carlos raised black-gloved fists against inequality as the national anthem played. They were shoeless, to represent poverty. Carlos wore a necklace with beads that symbolized lynching victims and Smith wore a scarf.

Carlos and Smith were booed and sent home, where they endured death threats. Their protest, at the height of the U.S. civil rights movement, echoed around the globe.

Acts of Solidarity and Allyship: Other athletes at the 1968 games stood up for Smith and Carlos. Decathlete Tom Waddell spoke out in support. The U.S. women’s 400-meter relay team — Margaret Bailes, Barbara Ferrell, Mildrette Netter and Wyomia Tyus — dedicated their world-record victory to Smith and Carlos.

Guided by religious conviction and opposition to his country’s “White Australia” immigration policy, Peter Norman, the Australian 200-meter silver medalist, stood with Carlos and Smith at the medal ceremony wearing an Olympic Project for Human Rights badge. Australia never selected Norman for an Olympic team again, despite his qualifying times.

Tom Waddell was a doctor, a dad, an activist and an athlete.

In college, Waddell excelled in gymnastics, football and track and field while pursuing a career in medicine. He was also a social justice activist, marching in Selma in 1965 and protesting the Army’s plan to send him to Vietnam as a paratrooper. He was instead sent to train for the U.S. Olympic team.

In the 1968 Olympics, he placed sixth overall in the decathlon, beating his personal records on five of 10 events. He also spoke in support of Smith and Carlos.

In 1976, he and his then-partner came out on the cover of People magazine. Inspired by the power of sports to bring people together, he decided to create a “Gay Olympics.”

Just a few weeks before the first event was supposed to start in 1982, the U.S. Olympic Committee sued over the games’ use of the word “Olympics.” The quickly renamed Gay Games was opened by singer Tina Turner, and Waddell won the gold medal for discus.

Waddell continued the fight over use of the term Olympics all the way to the Supreme Court, arguing his right on free speech grounds, as the Olympic committee had allowed its use in other cases. However, just two weeks before Waddell’s death from complications of AIDS, the Supreme Court ruled against Waddell.

But Waddell’s legacy continues: Gay Games 11 is scheduled for 2022 in Hong Kong.

This article is based on the “Fair Play: Athletes Speak, Assemble, Petition for Freedom” exhibit, created by Rick Mastroianni and John Maynard. 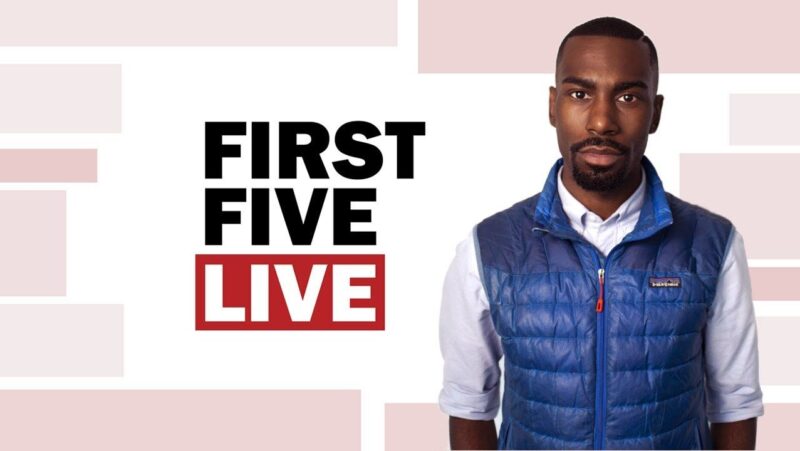 Watch: A Conversation with DeRay Mckesson 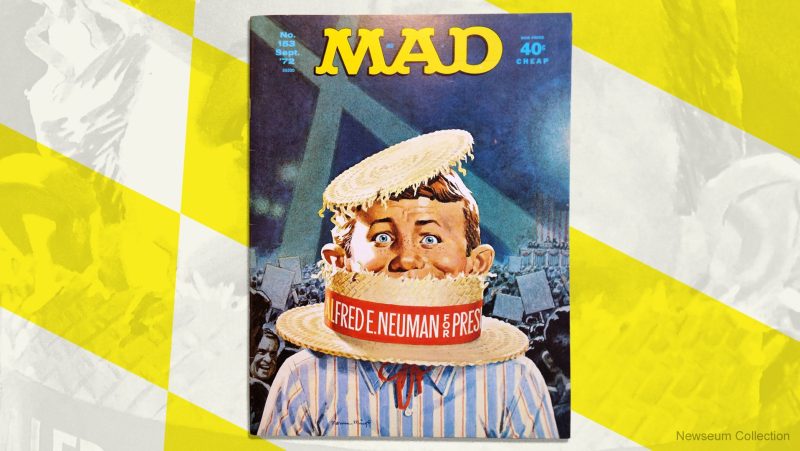 Watch: Sting, Bono and Tom Morello on Music and protest