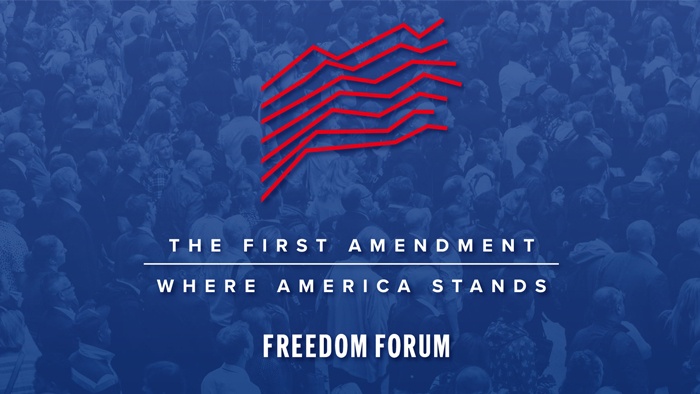 A new survey shows we like using our First Amendment freedoms – but also raises questions about whether we understand or accept how they work.

“The First Amendment: Where America Stands” 2022 survey by the Freedom Forum, conducted in March, is the latest in a series that began in 1997, measuring Americans’ knowledge and attitudes about our core freedoms: religion, speech, press, assembly and petition.

By and large, we are marching and protesting more often and in greater numbers than any time since the 1960s – and 79% of us say the right of assembly is necessary. But compared to the 2020 “Where America Stands” findings, this year’s survey showed a slight decline in the number of us who recently exercised that right.

The survey also found that 43% want protest organizers held accountable for violence by anyone during a demonstration, even if they did not have a direct connection to that person. If such laws – already adopted in several states – survive constitutional challenge, the prospect of ruinous liability or even criminal charges may well discourage many of us from organizing such assemblies.

More than half (53%) of respondents favor licensing of journalists. But that’s antithetical to either the law or spirit of press freedom — whether such “permission to collect and report the news” is controlled by the government or a professional group. Our nation’s founders had lived through an era of approval of printers by the king — and wanted no part of such a system.

Americans support the watchdog role of the press but are concerned about how they see this being executed. People are divided and uncertain about reliable sources of news – local outlets, friends or social media – and about whether the press does a good job.

On the plus side, 61% say First Amendment freedoms can help bridge the country’s divisions. But 10% outright reject that idea, and 29% are uncertain, leaving the prospects for meaningful discussion and compromise resting on a thin statistical perch.

The survey did identify a slight overall tilt nationally on one of the more contentious issues of the moment: school book bans. Among all respondents, 57% said “there is no appropriate reason” to prevent books from being available in public middle and high school classes and libraries.

But toss in specific and contentious issues, and sizeable numbers find reason to accept such bans: 34% of Hispanic, 33% of Black and 27% of Asian American/Pacific Islander respondents say it’s OK to restrict access if a “book discusses race in a way that may be offensive to someone.” About 30% overall would limit access to books that contain sexual content, and 16% would limit those that focus on sexual orientation issues.

Those views are inconsistent with a 1982 U.S. Supreme Court decision that school officials – while having total control over classroom materials – may not ban books from junior or senior high school libraries because of content.

And then how do we decide what is sufficiently offensive to justify censorship? In 1971, when the U.S. Supreme Court overturned a man’s conviction over a jacket displaying the F-word, Justice John Marshall Harlan II wrote that “One man’s vulgarity is another’s lyric.”

The survey also found that men tended to feel more strongly about the First Amendment overall and are more likely to support challenging or uncomfortable aspects of the First Amendment. Men approved of “free exchanges” on college campuses even when offensive to some, 72% vs. 57% of women. Likewise, more men supported protecting hate speech, 38% to 26%, and were OK with criticizing public officials by name at public meetings, 84% to 69%.

And while 56% say religious freedom is being threatened in America today – about 25% say it’s not. And there’s a generational divide here: The younger the respondent, the less likely they are to agree that it’s threatened.

The First Amendment exists to protect us from the government controlling or punishing us for what we say and believe.

To paraphrase Justice Harlan, the 2022 survey shows most of us at least hum along with the First Amendment’s tune, but there are sizeable tensions – by race, ethnicity, age and gender – when we consider the lyrics.

Find more about where Americans stand on the First Amendment in 2022 here. 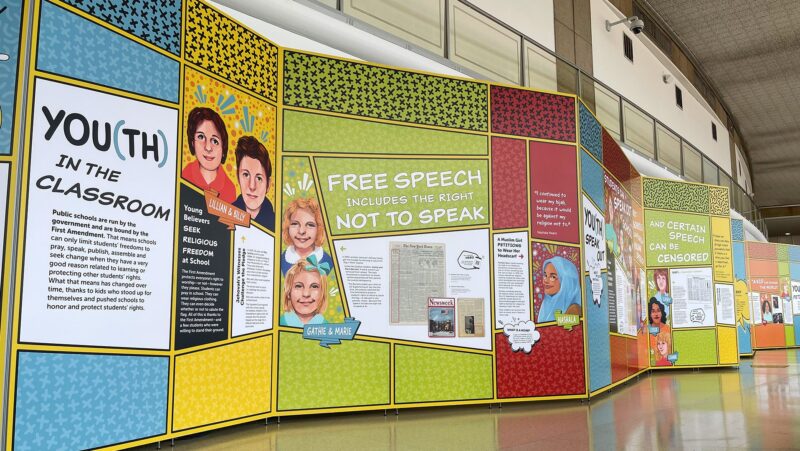 For our freedoms, age is just a number 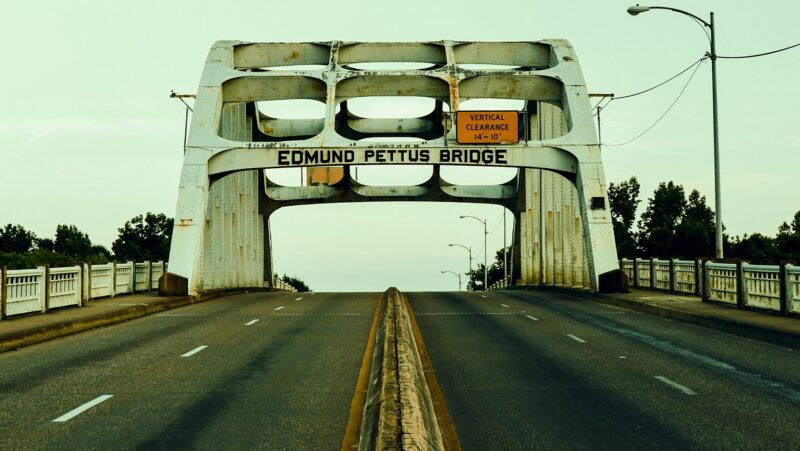