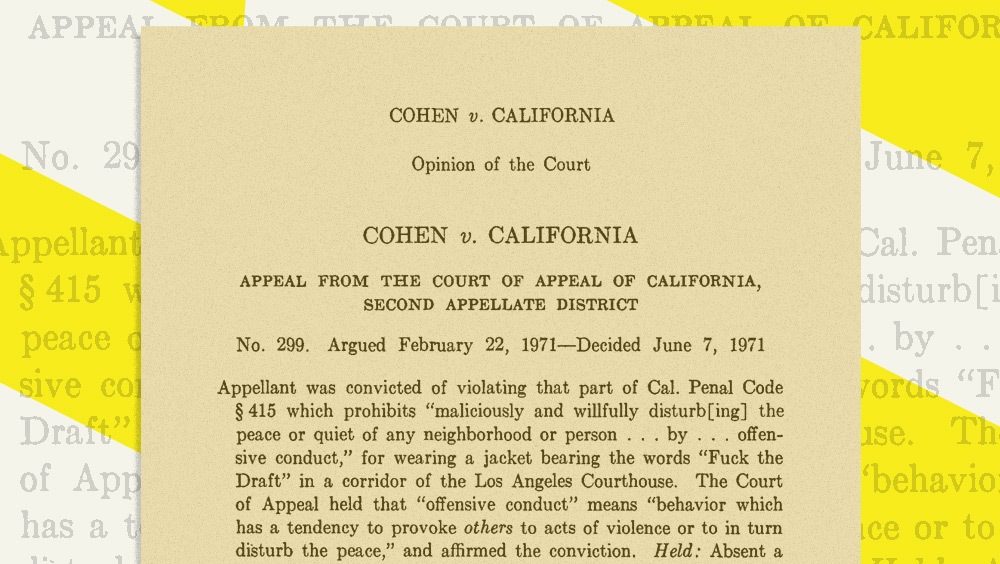 Paul Robert Cohen’s last name appears in one of the most important First Amendment free speech cases in modern American history – in which a sharply divided U.S. Supreme Court strengthened free speech by protecting the right to engage in offensive expression.

In its decision, the court contributed to a greater understanding of many important First Amendment principles, including fighting words, obscenity, captive audience, and viewpoint discrimination.

Cohen was arrested on April 26, 1968, in the Los Angeles County Courthouse for wearing a jacket with the words “Fuck the Draft” stenciled in red on the back.

Paul Cohen isn’t even known by that name anymore. He moved from California and adopted a family surname and for years wondered if the court even made the correct decision in his case.

“There are so many misconceptions about the case and about me,” he said in a recent interview. “I didn’t even see the wording on the jacket until the morning before I was headed to court to testify on behalf of an acquaintance. I was and am a patriotic person.”

He says that a woman he met the night before had stenciled the words on the jacket. “I had a Ph.D. in partying back in those days,” he said. “I wasn’t trying to make a political statement.”

When he entered the courtroom, he took the jacket off, folded it, and placed it on his lap. A police officer had seen the jacket and the message. Irate, the officer asked the judge to find Mr. Cohen in contempt of court. The judge refused because it was not displayed in his courtroom.

Then, the police officer arrested Mr. Cohen in the courthouse lobby, charging him with violating a state “breach-of-the-peace” law.

Cohen said he challenged his conviction all the way to the U.S. Supreme Court because “I didn’t want to serve 30 days in jail.”

Justice Harlan began his opinion with an observation: “This case may seem at first blush too inconsequential to find its way into our books, but the issue it presents is of no small constitutional significance.”

The state of California argued that the message on the jacket constituted fighting words unprotected by the First Amendment – words defined as those by which by their simple utterance inflict injury or cause an immediate breach of the peace.

Justice Harlan recognized that the wearer of the jacket did not direct the message on the jacket to any particular person: “No individual actually or likely to be present could reasonably have regarded the words on appellant’s jacket as a direct personal insult.”

The state of California wasn’t done with its arsenal of arguments, contending that Cohen had violated the privacy rights of individuals, including women and children in the courthouse, who did not want to view such offensive language.

Harlan responded that “those in the Los Angeles courthouse could effectively avoid further bombardment of their sensibilities simply by averting their eyes.” The right to privacy applies strongly in one’s home but weakens when one ventures out into public.

Harlan wrote about the importance of free speech in a diverse and disputatious society.

Harlan then wrote the powerful phrase that not only has shown tremendous staying power in First Amendment jurisprudence but also has entered our cultural lexicon: “One man’s vulgarity is another’s lyric.”

While Cohen did not attend the oral argument at the U.S. Supreme Court, he did return to the trial court when the case was remanded for formal dismissal of his charges. “I could tell the judge was upset with the Supreme Court’s ruling in my favor,” he says. “I probably angered him even more when I asked for my jacket back.” He never did.

Cohen said in the interview that he was pleased that his conviction was overturned but acknowledges that he was torn by the decision for many years.

“I spent years thinking about whether the decision was correct,” he said. “I wasn’t a person who used a lot of profanity and I didn’t think women and children should have had to see that language on the jacket. I didn’t want to be known as contributing to what President Ronald Reagan, whom I admired, called the ‘Filthy Speech movement.’ I mean there were children in that courthouse.

“However, I came to the conclusion that I agreed with the decision simply because the government shouldn’t be able to decide what speech an individuals can or cannot speak,” he said. “That would be quite a slippery slope.” 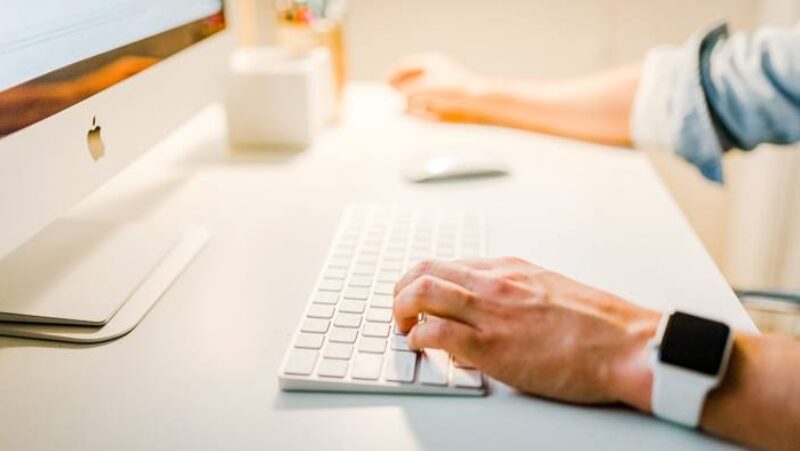 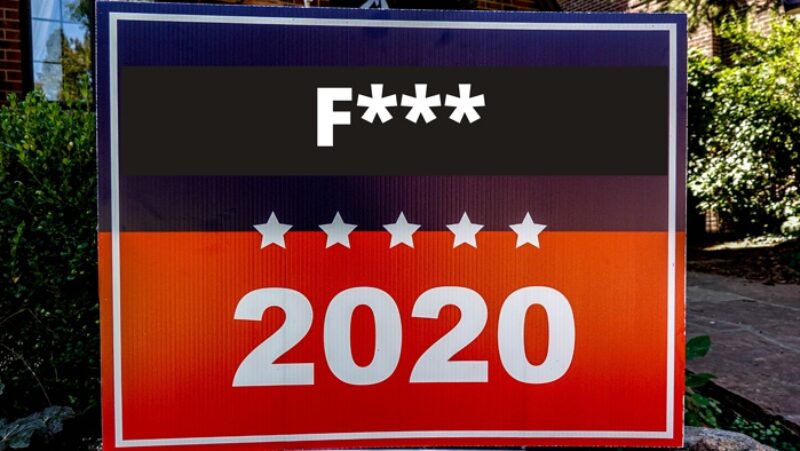 We are free to curse at our leaders thanks to the First Amendment.
Read More