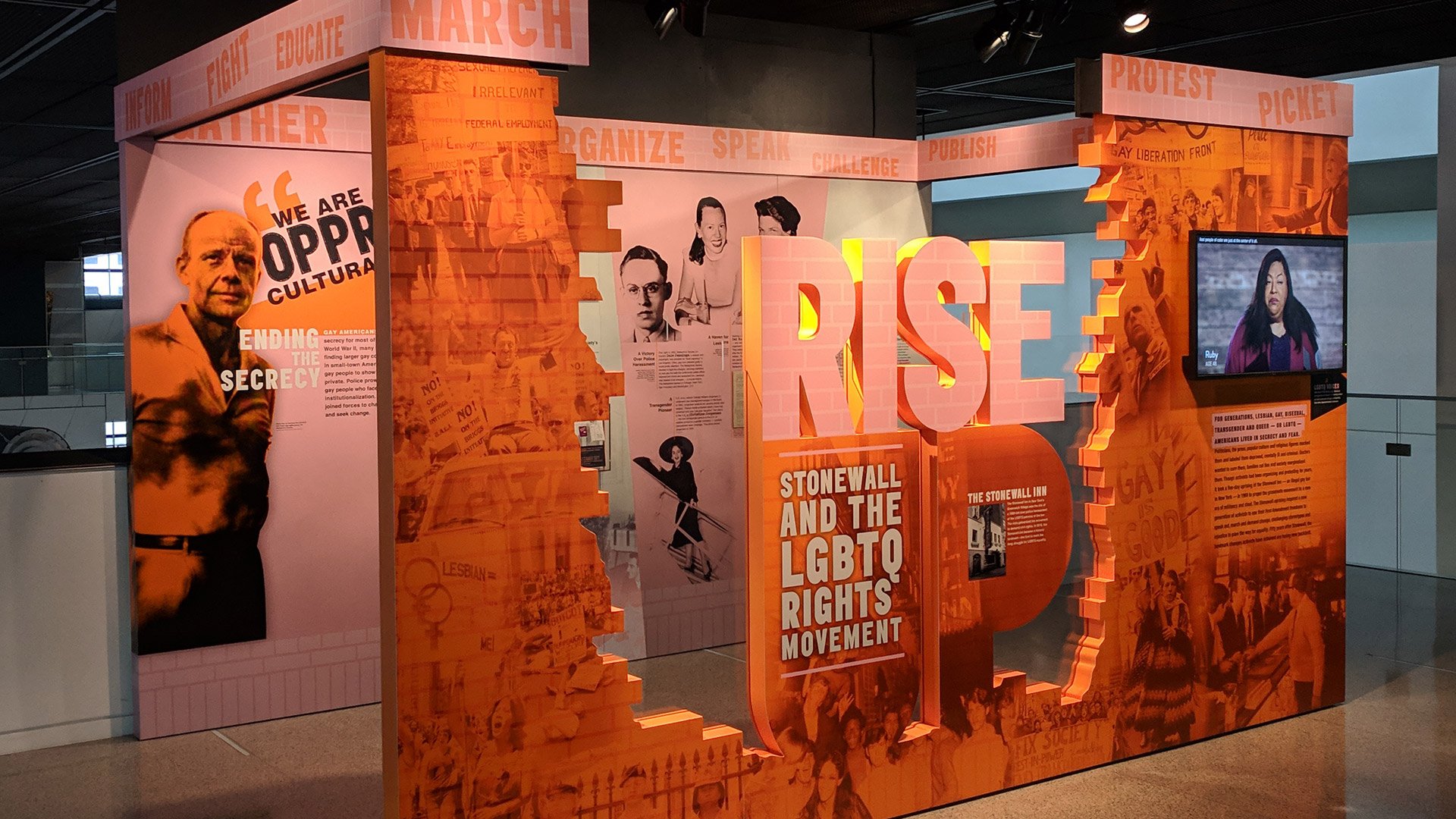 For generations, lesbian, gay, bisexual, transgender and queer Americans lived in secrecy and fear. Politicians, the media, popular culture and religious figures labeled them depraved or criminal. Though LGBTQ activism wasn’t new, it took a six-day uprising in 1969 at the Stonewall Inn, an illegal gay bar in New York, to propel the grassroots movement to a new era. The Stonewall uprising inspired a new generation of activists to use their First Amendment freedoms to challenge stereotypes, work for justice and pave the way for equality.

When Gene Robinson was consecrated as a bishop in the Episcopal Church in 2003, he wore a bulletproof vest. Robinson had received death threats because he was gay.

His election made the Episcopal Church the first major Christian denomination to embrace openly gay leadership. The decision divided the church.

As an LGBTQ activist and faith leader, Robinson ministered to the LGBTQ community and supported education about inclusion, civil rights and AIDS. In 2010, Robinson reflected that “what you see is us institutionally putting ourselves on the line for them, for us.”

LGBTQ activist Cleve Jones’s idea to hold placards with the names of those lost to AIDS during a candlelight march in San Francisco in 1985 grew into an act of creative expression that two years later covered a football field-sized portion of the National Mall in Washington, D.C.

The Names Project Foundation’s AIDS Memorial Quilt memorialized 1,920 people with hand-sewn panels. The quilt continued to grow and bring awareness to HIV/AIDS, touring 20 cities. By 1989, 20 countries had launched similar projects based on the quilt.

Today, with nearly 50,000 panels representing more than 110,000 people, the quilt is too large to be displayed all at once. But it has been preserved and can be viewed digitally and through exhibits across the country.

LGBTQ magazine One publishes, thanks to freedom of the press

In the 1950s, mainstream news coverage often disparaged gay people and echoed the sentiment of many who believed same-gender attraction was a mental illness.

LGBTQ activists often faced harassment from government authorities, so they funded their own gay rights publications. These magazines were mailed across the country and passed from person to person.

In 1954, the U.S. Post Office refused to distribute an issue of One, an early gay magazine, citing obscenity laws. After losing in lower courts, One took the case to the Supreme Court, which in 1958 issued a ruling upholding the magazine’s First Amendment right to publish. It was a landmark victory for press freedom.

Frank Kameny was fired in 1957 from his government job when his supervisor learned that he had been arrested for solicitation a year earlier. Kameny appealed his firing over and over, arguing that gay people deserved the same rights as other Americans, and losing each time. When the Supreme Court declined to hear his petition, Kameny turned to assembly.

On a brisk April day in 1965, Kameny and nine others picketed in front of the White House, risking their livelihoods to make a public stand for equal treatment in the workplace.

Some 17,000 people lost their jobs under “don’t ask, don’t tell,” including Lt. Dan Choi, a West Point graduate and Iraq War veteran who came out as gay at age 27 and was discharged from the Army.

After his discharge, Choi wrote an open letter to then-President Obama demanding that the policy be repealed.

In addition to his petition, Choi and three other LGBTQ activists chained themselves to the White House fence in a 2010 protest of the policy that barred openly gay, lesbian and bisexual people from serving in the military.

Later that year, the policy was repealed, a culmination of decades of LGBTQ activism. 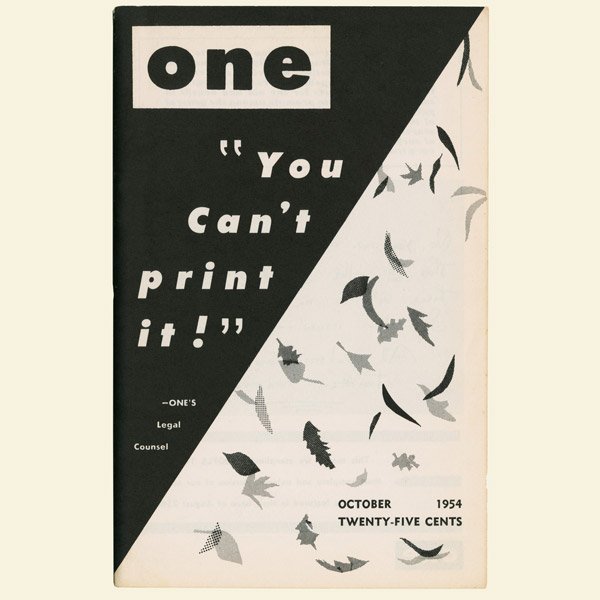 In 1954, the U.S. Post Office refused to distribute this issue of One, an early gay magazine, citing obscenity laws. In 1958, the Supreme Court upheld the magazine’s First Amendment right to publish — a landmark victory for the movement. (Freedom Forum’s Newseum collection.) 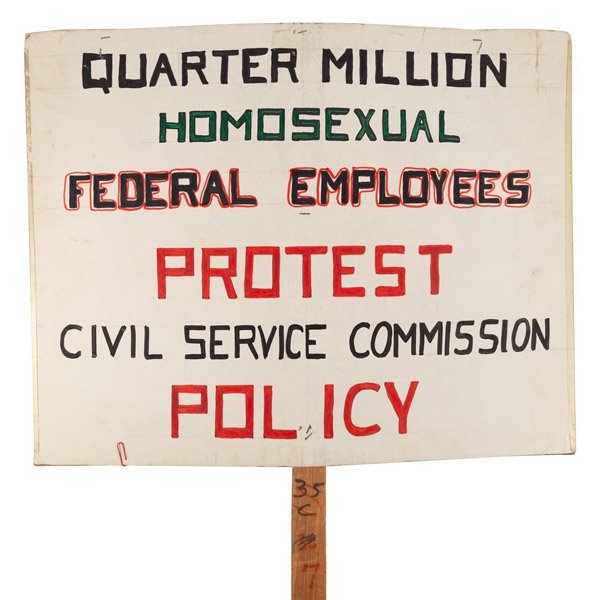 This protest sign was carried in a June 1965 protest in Washington, D.C., at the Civil Service Commission, which oversaw hiring of federal employees and banned LGBTQ people from government work. (Loan, Velvet Foundation, Washington, D.C.) 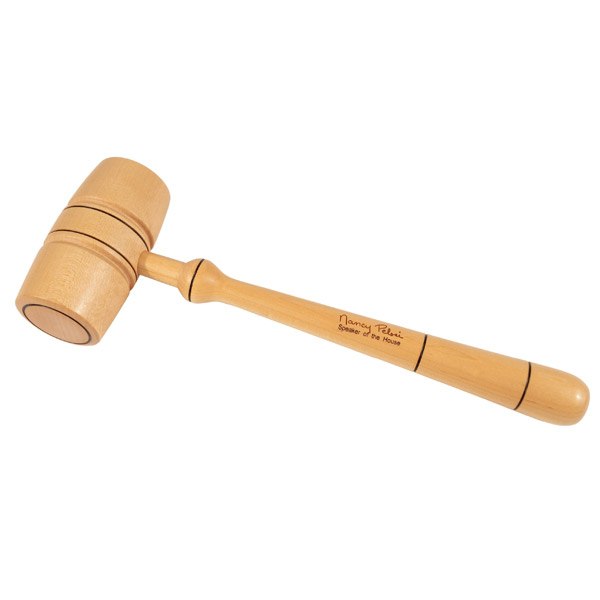 House Speaker Nancy Pelosi used this gavel to usher in the 2010 repeal of “don’t ask, don’t tell,” a policy that allowed gay people to serve in the military if they hid their sexual identity. (Loan, Stonewall National Museum & Archives)

Learn more about how LGBTQ activists harnessed First Amendment freedoms to raise awareness, change policy and shift American culture at “Rise Up: Stonewall and the LGBTQ Rights Movement.” The special exhibit developed by the Freedom Forum is on display Jan. 25-June 18, 2023, at the Dallas Holocaust and Human Rights Museum. 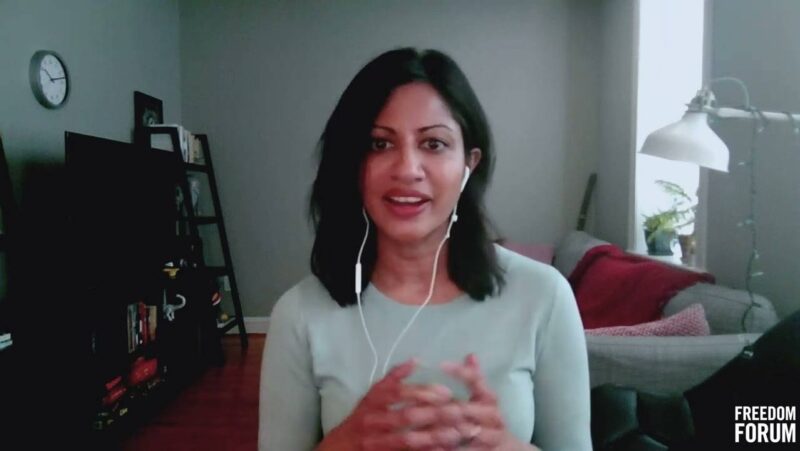 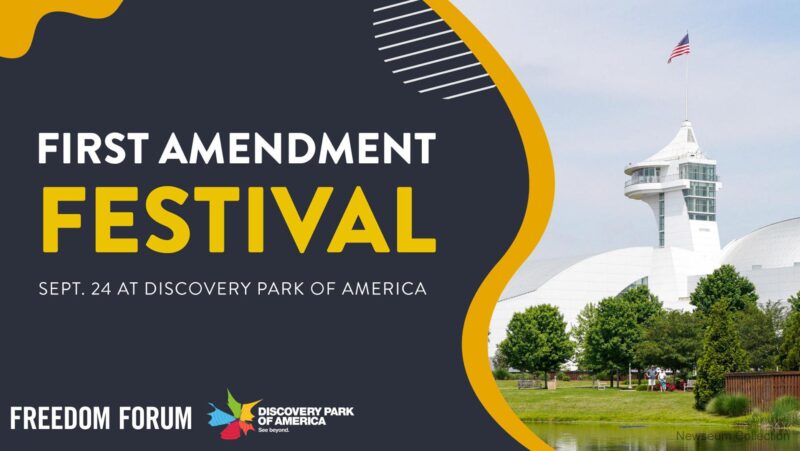